The 2017 US Sailing Championship of Champions was a test of teamwork as well as skills and this is where Steve Benjamin as skipper along with his crew with members like Christopher Larson and Phil Trinter were victorious. 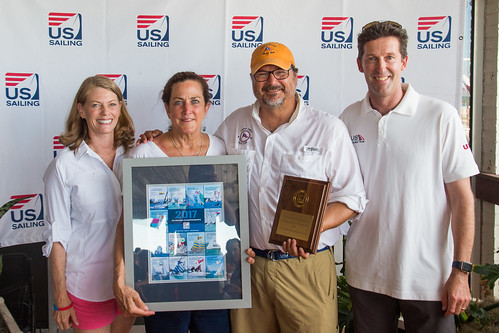 The race spanned three days in Sonar and there were about thirteen champions of the one design class category who were selected for the race. The champions of this race are awarded the Jack Brown Trophy.

In the race Benjamin’s team was able to outperform the team skippered by Chris Raab, who had been 2010 champion of this race. This win for Benjamin is the first in achieving the Jack Brown Trophy. The first seven races that were held at this championship saw Raab have a lead with his crew members. This team had won the 2017 Lido National Championship this year, which helped them qualify for this race. There is a special guest provision added to this sailing event by US Sailing every year. Benjamin and his team were recipients of this invitation and they were able to make the most of this opportunity.

They tallied about 37 points in the 13 races and were able to win the championship by about five points over their opponent team. Benjamin was placed in the top five in the leader board and he won three races individually.

After the win Benjamin stated that the day had been exciting as the wind was up about 15 knots with gusts that were blowing at about 25 from the Southwest and little rain coming in as well. This made a great conclusion of the competition that was also rough and exciting with the competitors who participated in the event. Benjamin also remarked that this was his first participation in Championship of the Champions and his first appearance in a national level championship in US.